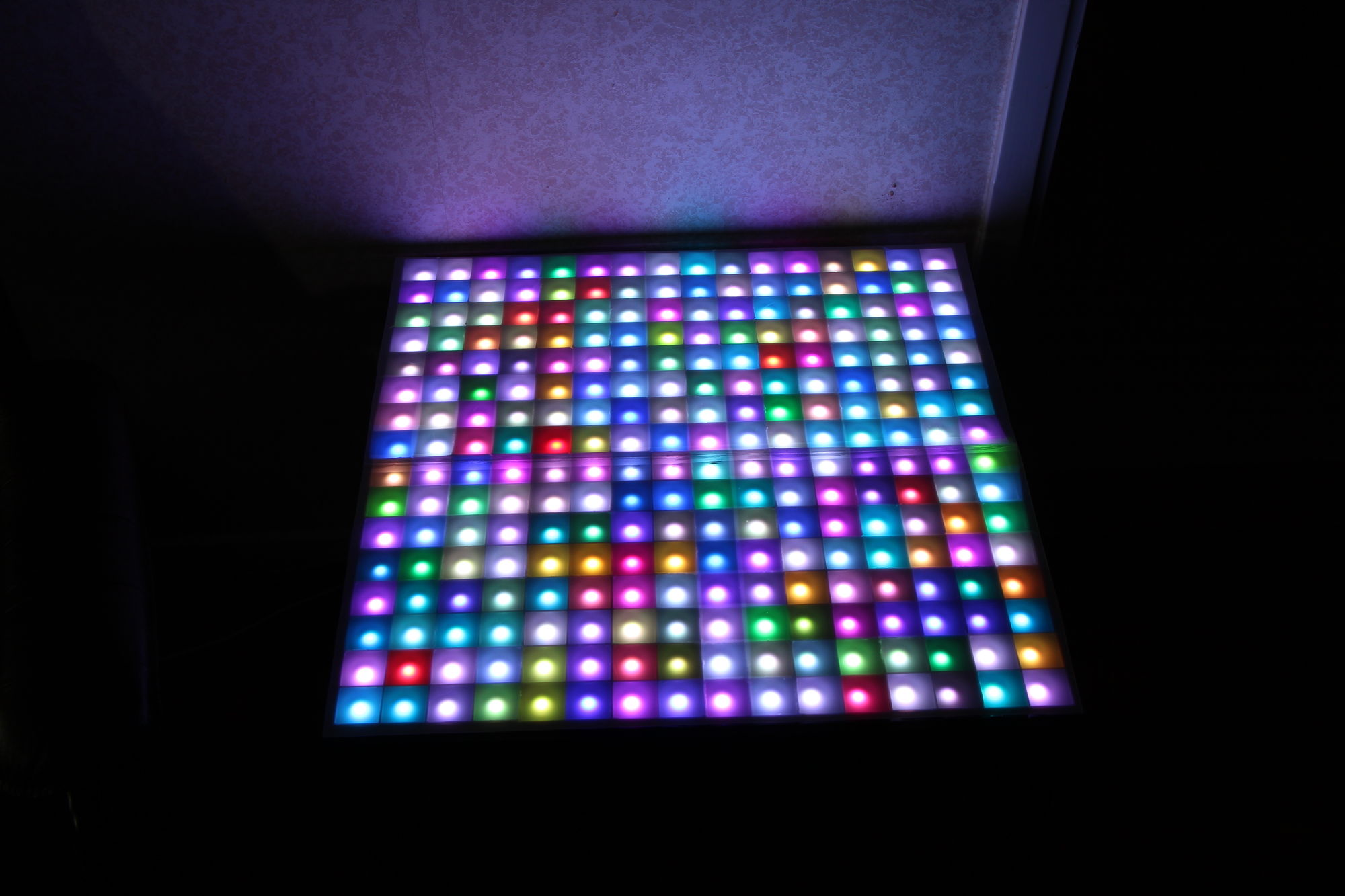 Expensive electronics and a cheap table.
Are you bored of LED lights? No? Me neither. Thats why i thought another 256 RGB LED's in my living room might be a good idea.

The components is what I used, and i already had most of them. If you want to make a LED table you have to consider your resources and experience, i.e. the power supply i used don't have a built in mains connector so I had to use an external connector. If you don't feel comfortable working with mains power don't do it, get a PSU with all mains parts already done. Be safe.

The fan i used is for 12V, but it worked well with 5V, not all fans do. On the other hand you might manage without a fan.

The table-top is hollow and the top and bottom material i quite thin, screws don't grab it to good. Sand the top and bottom and glue stuff on. I used screws mainly to hold stuff in place while the glue dried/cooled. I had some problem getting wires through the tabletop, i solved it by putting a straw in the hole, feeding the wires through the straw and pulling the straw out.

I put the strips right, left, right... that way the signal wires are as short as possible. The Arduino translates the X/Y position to the right LED along the strip.
I tried using my at90usb162 devboard but it didn't have enough RAM (512B), you need 768B of RAM for the LEDs plus some for the program.

In short the Arduino takes commands over its USB virtual serial port and stores data in a buffer and outputs data to the led-strips. Supported commands are:

Might be on a Raspberry Pi, laptop or almost any kind of Linux computer with a USB-port

Simple library to simplify the access to the LEDs from python.

Fill the table with a single color, black if no color is specified.

Flashes the LEDs on and off as fast as possible. A good indicator for problems.

Show 16x16 pixel GIFs on the table. Some GIFs require a "-o" in the command line, others don't. GIFs not included (because of copyright), but i might provide some links below.

Audio visualizer for PulseAudio. This use a library from a audio visualizer widget for gDesklets called Impulse by Ian Halpern. You need impulse.so and libimpulse.so for the script to work and to make it more complicated those are binaries and different for desktop PCs and Raspberry Pi. In some cases you need to have the index number for your audio output, run this command and try to find something that seems right. $ pacmd list-sources | less On rPi: index: 0
name: <alsa_output.platform-bcm2835_AUD0.0.analog-stereo.monitor> On my desktop computer: index: 4
name: <alsa_output.pci-0000_05_01.0.analog-surround-40.monitor> Some times you need to try a few before you find the right one. To use index 4 use the option "-as 4".

This stuff don't have native network support, but there is a piece of software called socat with which you can hook up a physical serial port on computer A to a virtual serial port on computer B. But it doesn't seem to like wireless networks.
Start of by installing the software on both your computers. On Raspian/Debian/Ubuntu etc: $ sudo apt-get install socat Start socat in host mode, usually on rPi: $ socat TCP-LISTEN:1234,fork /dev/ttyACM0,raw & This will make the serial port /dev/ttyACM0 (Arduino) available on port 1234. 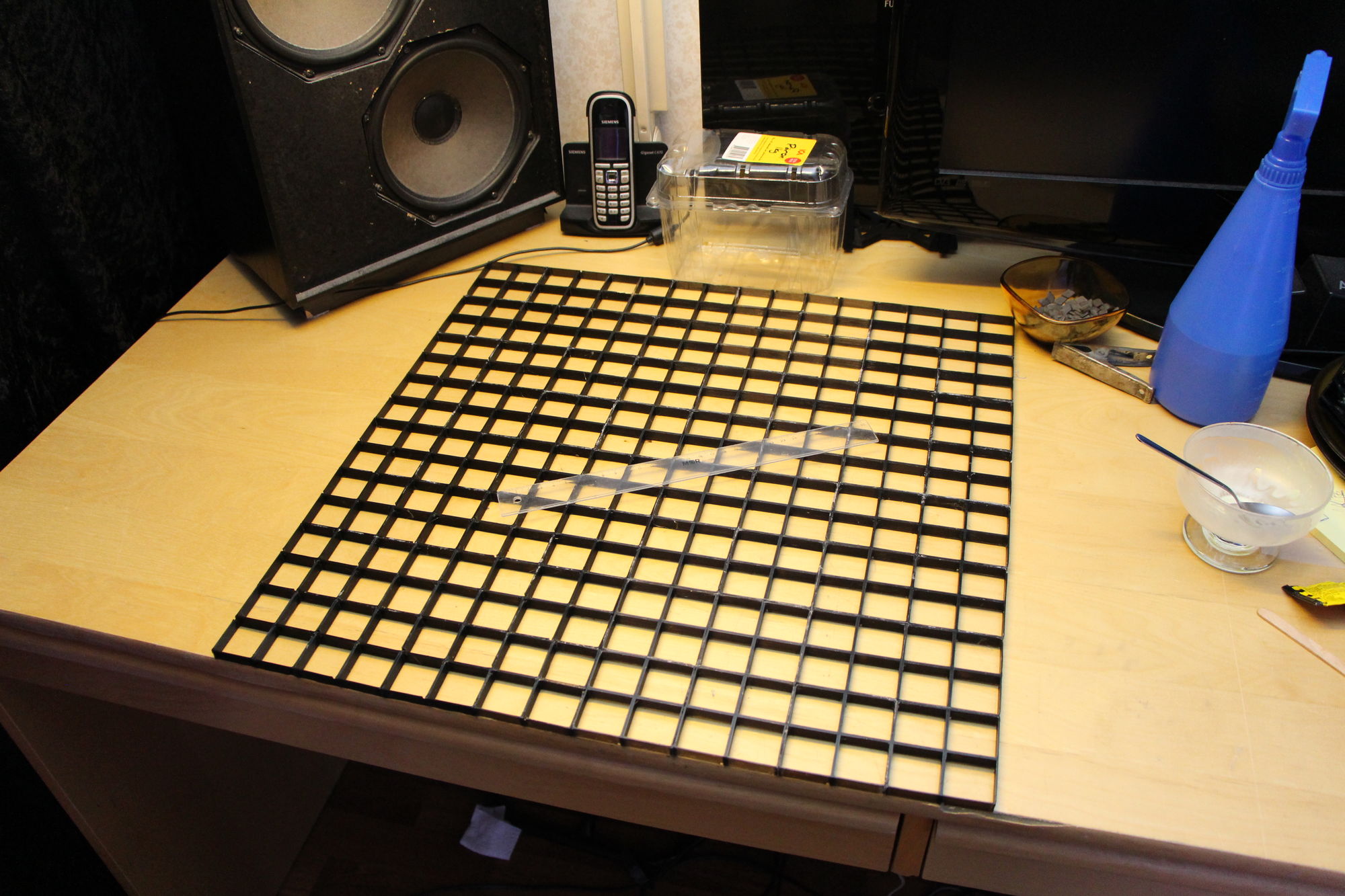